DO Try This at Home - "EVERY DAY EXCELLENCE!": Joe Templin 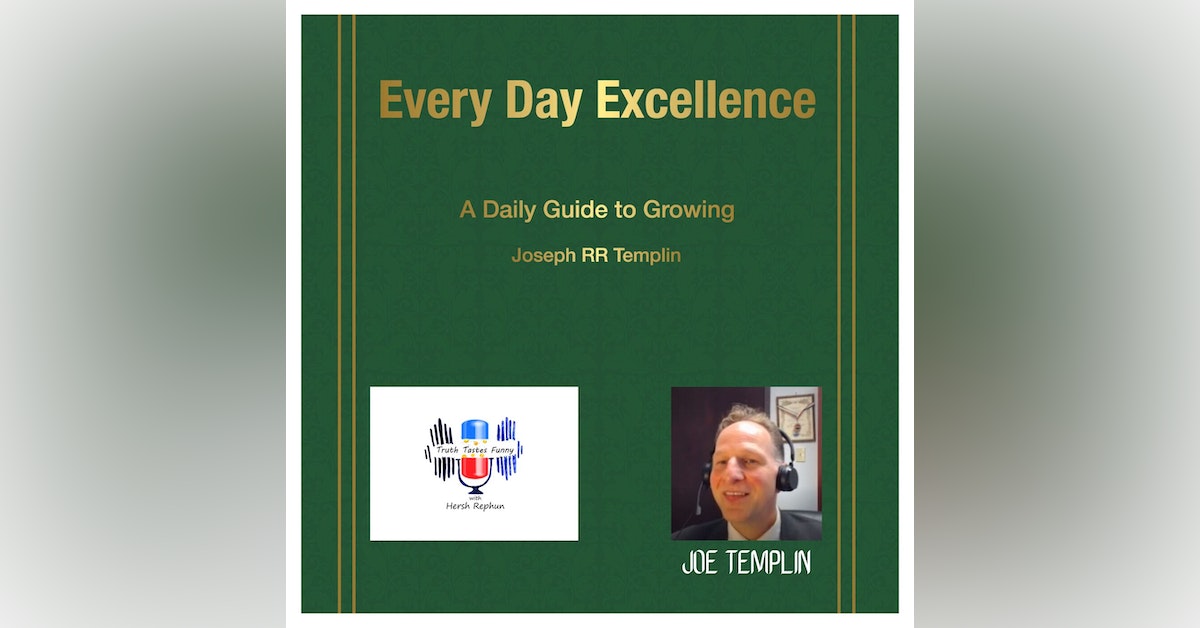 He would've built an atomic bomb as a kid...but his mom wouldn't give him the uranium. True story - and it's not even THE story.  It's merely an episode in the life of Joe Templin,  the Human Kaizen expert intent on inspiring 100 million people to make some positive change in their lives. The hope is for us to commit to self-improvement, one step at a time.

The author of the Amazon Kindle #1 New Release "Every Day Excellence" wasn't intent on seizing the day from the day he was born...but he certainly adopted the philosophy the day he died ("I got better.") at the age of 9.  He's gone on to be an ultramarathoner, special needs parent, martial arts champion, polymath, and adherent to the practice of kaizen - from the Japanese word for 'improvement.'

LISTEN to this interview, and then read the full bio, if you want to fill in the blanks, because with a man like Joe, each blank is meticulously filled in, and it's more than can be covered in a single conversation.

Hersh and Joe do their best, however, and this chat is a noble step on an outsized quest.

More about Joe:
Reformed physicist, financial planner, startup founder and autodidactic polymath best described as a Swiss Army Knife, Joe Templin has invested the past two and a half plus decades to helping others reach their financial potential as a planner, trainer, mentor and creator.

Joe has served as a member of NAIFA (the National Association of Insurance and Financial Advisors) on the local, state, and national level, and including three terms on the NAIFA National Young Advisors Team (YAT) Subcommittee and was honored as one of the 2011 Four Under 40. He is a graduate of the Leadership in Life Institute of NAIFA as well as Rensselaer Polytechnic Institute, and is an alum of Johns Hopkins University.

Joe earned his CFP® and has written hundreds of review questions for the exam, as well as his CHARTERED ADVISOR OF PHILANTHROPY, CLU, and ChFC designations and qualified numerous times for the Million Dollar Round Table. He has been a business columnist for the Albany Times Union, Adviser Today Magazine, The Ballston Journal, and Insurance News Net. Joe earned his Certified Executive Counselor designation as well as his Certified Master Executive Counselor in 2021.

Joe served as the President of the Castle Alpha Tau Foundation for Pi Kappa Phi Fraternity and as the Chapter Advisor, and is currently a Vice President of The Autism Society of the Greater Capital Region. He has been a member of The Ancient Order of Hibernians for over 20 years, and is the Lieutenant of the Honor Guard.

Templin is the Managing Director of the Unique Minds Consulting Group, LLC, and is the author of “Every Day Excellence”, the Kindle #1 New Release in Professional Development. Joe also co-authored “Do You Want To Make MDRT, Or Not?” with Dr. John Stolk as well as “Choices: Creating a Financial Services Career”.

Joe is a Co-Founder and President of The Intro Machine, Inc. an organization dedicated to teaching professionals in a variety of fields how to build an Introduction Based Business. He has spoken all across the US and Canada on ethical business development.

Email has been submitted.